“Understanding the spirit of our institutions to aim at the elevation of [all persons], I am opposed to whatever tends to degrade them.”

We push the law forward, applying established safeguards to new forms of government abuse. For example, in recent years U.S. Border Patrol agents acting pursuant to official policy have shot across the border and killed at least thirteen persons and seriously injured more.

Hilliard Shadowen LLP and Hilliard Martinez Gonzalez LLP, on behalf of the family of illegally extradited and jailed humanitarian Paul Rusesabagina, filed a lawsuit against aviation company GainJet for their role in kidnapping Hotel Rwanda hero Paul Rusesabagina. This case arises out of a conspiracy between the Rwandan government and defendant GainJet and other coconspirators to engage in the unlawful extradition, arbitrary detention, and torture of Paul Rusesabagina. 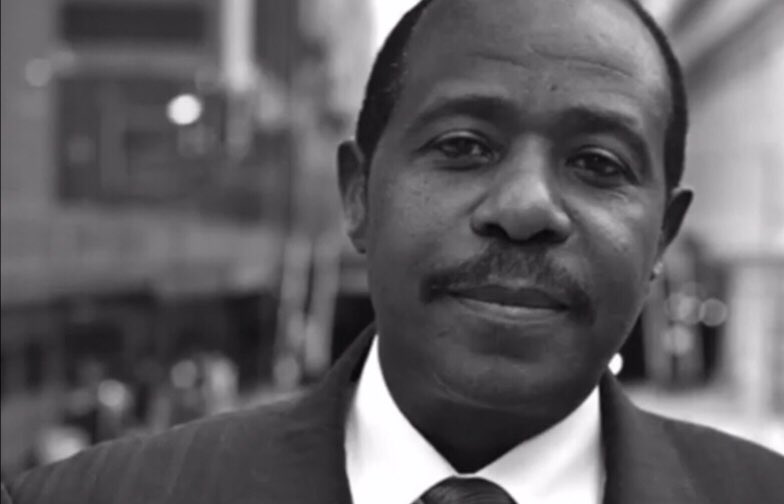 Hilliard Shadowen LLP and Hilliard Martinez Gonzales LLP filed a petition with the Inter-American Commission on Human Rights to hold the United States accountable for the cross-border killings of numerous Mexican citizens. The Petitioners are the families of victims killed by United States Border Patrol agents along the nation’s southern border. Victims include 15-year-old Sergio Hernandez, whose killing sparked a Supreme Court battle; Jose Antonio Elena Rodriguez, a 16-year-old who was shot in the back 10 times; a man who was having a picnic with his wife and daughters when he was shot by Border Patrol agents from an airboat in the Rio Grande; and 3 others.

The Inter-American Commission on Human Rights (IACHR), located in Washington, D.C., is the human-rights arm of the Organization of American States (OAS), created in 1959 “to promote and protect human rights in the American hemisphere.” The United States ratified the OAS charter in 1948 and is bound to uphold its treaty obligations, including the American Declaration of the Rights and Duties of Man, which prohibits the arbitrary taking of life.

The petition alleges that the U.S. government has violated fundamental international law by permitting Border Patrol agents to systematically engage in extrajudicial killings of Mexican citizens along the U.S. –Mexico border (the “Rocking Policy”), by failing to adequately and timely investigate the shootings, and by refusing to allow the victims’ families to obtain judicial review of these killings in U.S. courts.

Hilliard Shadowen represents the family of Guillermo Arevalo Pedraza who died on September 3, 2012 on the bank of the Rio Grande River in Nuevo Laredo, Mexico. Mr. Arevalo was shot by US Border Patrol agents from a boat on the other side of the river. At the time of the shooting, Mr. Arevalo was barbecuing with his family.

At the time of the shooting, Mr. Arevalo was with his wife and two daughters enjoying a birthday celebration at Los Patinaderos Park, near Laredo, Texas. According to the Complaint, the family was watching alongside with several other Mexican families as two Border Patrol Agents patrolling the Rio Grande River attempted to apprehend an unknown individual. Then suddenly, without warning, a border agent opened fire with his assault rifle at the families, fatally striking Mr. Arevalo.

In the aftermath of the killing, the Border Patrol issued a statement asserting that the Agents had been subjected to rocks thrown from the Mexico side of the border. That account of events is contradicted by numerous witnesses who were present in the Park, who insist that no one threw any rocks at the Agents. The Complaint further alleges that even if someone had thrown rocks at the Agents, their response was grossly excessive. Not even the statement issued by the Border Patrol asserts that the alleged rocks posed a risk of death or seriously bodily injury to the Agents or anyone else. And any such assertion would be highly suspect, given how witness statements and a cellphone video of the incident (shown below) demonstrate the Agents were far beyond the distance at which any thrown rock could pose such a risk.

According to the Complaint, the Agents’ use of excessive, lethal force against Arevalo was part of an unconstitutional pattern and practice of agents to shoot to kill Mexican nationals who allegedly threw rocks at them, regardless of whether the alleged rock-throwing posed an imminent risk of death or serious injury to the agents or anyone else, and regardless of whether other, non-lethal means were available to avert any such risk. Plaintiffs further allege that this so-called “Rocking Policy” had the imprimatur of the highest ranking government officials. Despite actual knowledge of the patently unlawful Rocking Policy, the Agents’ Supervisors failed and refused to timely conform agents’ use of force to the requirements of law. When the Agents opened fire on a beach full of picnickers on September 3, 2012, they did so knowing that their Supervisors had for years known of, acquiesced in, and condoned other similar killings.

Cases like this have caused the government to commission a report by the well-respected Police Executive Research Forum (“PERF”), a report that ultimately advised against agents taking such aggressive tactics against alleged rock throwers when several non-lethal alternatives are still available. At first rejecting PERF’s recommendations, the Customs and Border Protection agency later revised its use of force policy to require, for the first time, that border patrol agents who allegedly encounter rock-throwing to respond with less than lethal force whenever they can do so safely. Unfortunately for Mr. Arevalo and his family, that change in policy came years too late.

On August 27, 2014, Mr. Arevalo’s widow and children filed suit in the U.S. District Court for the Southern District of Texas against the Border Patrol agents, their supervisors, and the United States government. The Plaintiffs seek relief from the agents and their supervisors, claiming violations of Mr. Arevalo’s rights under the Fourth and Fifth Amendments to the U.S. Constitution. The Plaintiffs’ claim against the United States is brought pursuant to international law for its deprivation of Mr. Arevalo’s specific, universal, and obligatory human rights.

Hilliard Shadowen represents the family of Jesus Alfredo Yañez Reyes, an unarmed Mexican national who was shot and killed by U.S. Border Patrol agents near the U.S./Mexico border.

On June 21, 2011, a United States Border Patrol agent shot and killed Jesus Alfredo Yañez Reyes (“Mr. Yañez”), an unarmed Mexican national.  At the time of the shooting, Mr. Yañez was in a tree near the U.S./Mexico border, watching as two Border Patrol agents assaulted another Mexican national who had attempted to cross the border with Mr. Yañez.  The killing occurred near San Diego, California along the border fence area that abuts the Castillo neighborhood of Ciudad Tijuana.

The agents involved in the shooting defended their use of deadly force by claiming that Mr. Yañez was throwing rocks at the time of the shooting.  Plaintiffs allege that the use of such force in these circumstances is unconstitutionally excessive and pursuant to a Border Patrol policy of treating rock-throwing as per se lethal force to which agents could respond with fatal gunfire.  Plaintiffs further allege that this so-called Rocking Policy had the imprimatur of the highest ranking government officials.

Cases like this have caused the government to commission a report by the well-respected Police Executive Research Forum (“PERF”), a report that ultimately advised against agents taking such aggressive tactics when several non-lethal alternatives are still available.  In light of PERF’s findings, the Border Patrol has reexamined and clarified its policy of using deadly force against alleged rock-throwers.  That policy now, for the first time, requires border patrol agents who allegedly encounter rock-throwing to respond with less than lethal force whenever they can do so safely. Unfortunately for Mr. Yañez and his family, that change in policy came three years too late.

Mr. Yañez’s widow and children filed suit in the U.S. District Court for the Southern District of California against, among others, the two Border Patrol agents involved in the shooting, the government officials responsible for supervising the border agents, and the United States government, for violating Mr. Yañez’s constitutional rights and violating international human rights norms.

The defendants in the case have filed a motion to dismiss on several grounds including sovereign immunity and qualified immunity. The briefing on the motion is complete and the parties are awaiting a decision from the district court.

Hilliard Shadowen represents the family of Sergio Hernández Guereca, an unarmed, unthreatening 15-year-old Mexican national, who was shot and killed by a U.S. Border Patrol agent on June 7, 2010.

COURT:U.S. COURT OF APPEALS FOR THE FIFTH CIRCUIT; U.S. DISTRICT COURT FOR THE WESTERN DISTRICT OF TEXAS

On June 7, 2010, a United States Border Patrol agent shot and killed Sergio Hernández Guereca, an unarmed, unthreatening 15-year-old Mexican national.  The killing occurred along the U.S./Mexico border near the Paso del Norte bridge at El Paso, Texas, with Sergio standing in Mexico and the border guard firing the fatal shot from the U.S. side of the border.  Sergio’s death is one of ten such cross-border killings of unarmed Mexican nationals by U.S. border patrol agents in the last five years.

The FBI originally issued a press release stating that Sergio and other youths had “surrounded” the agent, who was arresting another teenager near the Paso Del Norte bridge at the U.S./Mexico border at El Paso, Texas.  Three videotapes of the incident later proved that no one had surrounded the agent, and also disproved suggestions that Sergio had thrown a rock at the agent.  See the video above taken by a passerby.

A U.S. Department of Justice inquiry also later confirmed that Sergio had not thrown any rocks.

Sergio’s parents filed suit in the U.S. District Court for the Western District of Texas, asking the court to review whether the shooting of their son was justified.  The court dismissed the claims against both the United States and the border patrol agent, asserting that Constitutional constraints on officers’ use of excessive force do not apply when the victim is standing just across the border in Mexico, even though the agent fired the deadly shot from the U.S.

Before the En Banc Court of Appeals

After the Court of Appeals issued its ruling favorable to Sergio Hernandez, the Fifth Circuit U.S. Court of Appeals agreed to rehear the appeal en banc.  In January 2015, 16 federal appellate judges heard arguments on the issue of whether the Constitution’s fundamental right to live extends to a non-citizen standing in Mexico who was unjustifiably shot and killed by a U.S. border patrol agent.

That constitutional issue, however, was decidedly bypassed when on April 24, 2015, the En Banc Court upheld the district court’s dismissal on a different ground: that the border patrol agent was entitled to qualified immunity, i.e., that a U.S. Border Patrol agent could not have reasonably known that it was wrong to shoot and kill an unarmed, unthreatening Mexican teenager who was standing just across the border in Mexico.  It is common ground, and the Court’s ruling does not deny, that the agent knew that it would have been wrong to kill a U.S. citizen who was standing in Mexico.  So the Court has ruled that it was reasonable for the agent to kill Sergio based on his nationality — and the agent can continue to kill innocent people across the border without fear of liability so long as he kills only non-U.S. citizens.

After recovering from this judicial insult to their slain son, the family will decide whether to seek further review in the Supreme Court of the United States.