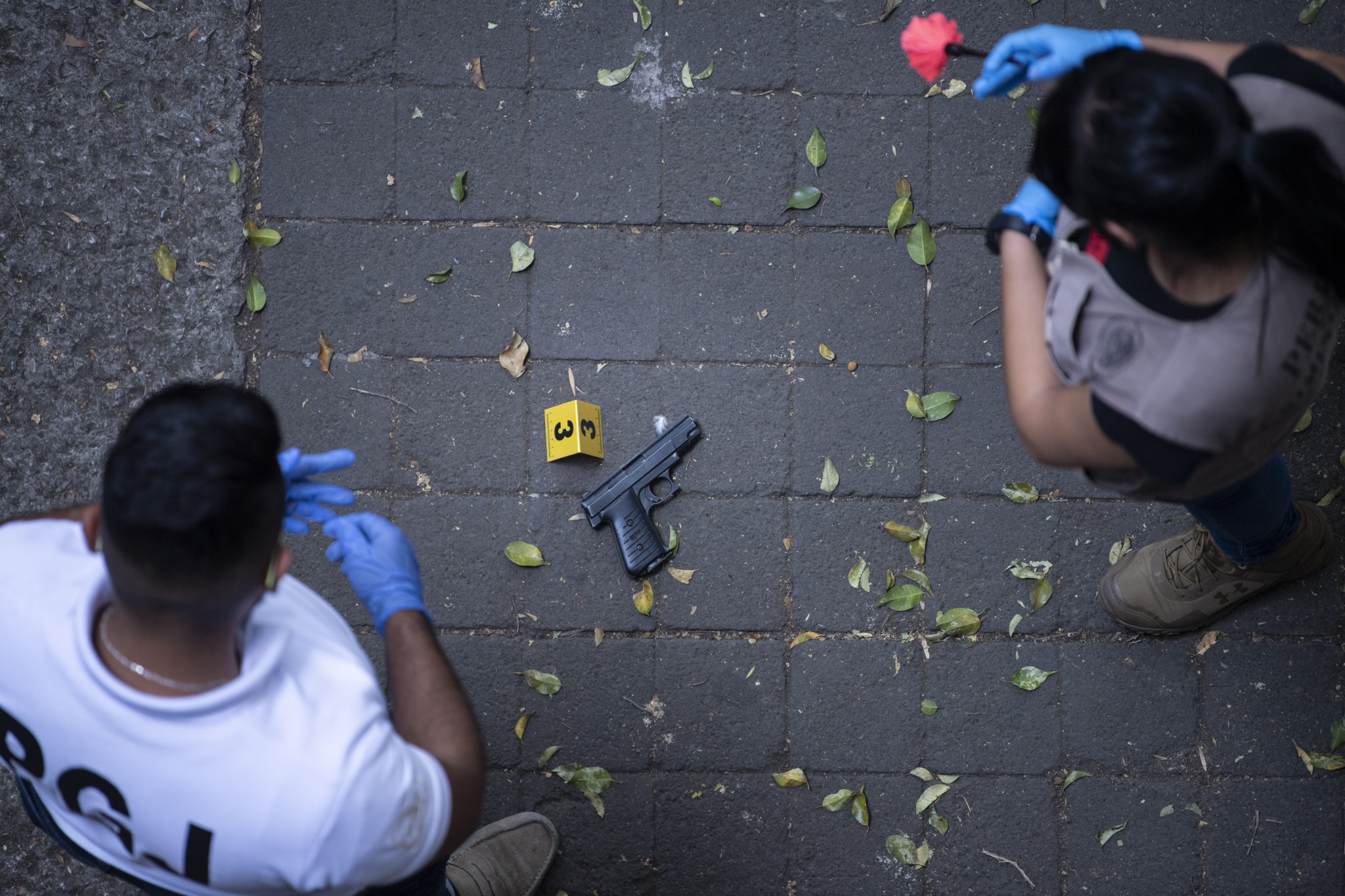 U.S. States, Cities, and Experts Back Mexico’s Lawsuit Against Gunmakers

By Nick Shadowen February 2, 2022 No Comments

More than a dozen state attorneys general and a spread of activists, researchers, and district attorneys filed amicus briefs in support of the Mexican government’s case, which accuses U.S. gun companies of fueling cartel violence.

In a flurry of amicus briefs filed on January 31, the parties emphasized the deadly reverberations of Mexican cartel violence in the United States and abroad and urged the court to ignore pleas from gunmakers to dismiss the case on the grounds that it’s barred by the gun industry’s special legal immunity.

Attorneys general from California, New York, Massachusetts, and 10 other states filed briefs, as did district attorneys from more than 20 American municipalities, including Chicago, Philadelphia, and San Antonio. The countries of Antigua and Barbuda and Belize wrote in support as well.

“I feel very encouraged because this means that what we are doing as a government is worth doing,” said Alejandro Celorio Alcántara, principal legal adviser of the Ministry of Foreign Affairs of Mexico. “We are confirming that the missing link in this whole equation of illicit trafficking is the gun companies. And I think that’s recognized on both sides of the border.”

The Mexican government’s suit, filed in August 2021, accuses large gunmakers — including Colt, Smith & Wesson, and Glock — of intentionally enabling decades of bloodshed south of the border through targeted advertising schemes and careless distribution practices. Gun violence has killed more than 140,000 people in Mexico since 2015, according to data from the Mexican government. Between 2014 and 2018, at least 70 percent of the nearly 80,000 guns recovered in Mexico and traced by the Bureau of Alcohol, Tobacco, Firearms and Explosives originated in the U.S.

A representative from Smith & Wesson declined to comment. The other companies involved in litigation did not respond to The Trace’s requests by the time of publication.

The amicus briefs focus primarily on the question of whether the gun industry’s special legal immunity should apply to the Mexican government’s lawsuit. Since 2005, the Protection of Lawful Commerce in Arms Act, or PLCAA, has protected the gun industry from most litigation, prohibiting suits brought because of the “criminal or unlawful misuse” of a firearm. In November, the defendant gun manufacturers filed several motions to dismiss the case on these grounds. The Mexican government argues that PLCAA shouldn’t shield gun companies from suits stemming from violations of foreign law.

William Dodge, a law professor at the University of California, Davis, who authored a brief filed by a group of 16 experts in international litigation, said that the Mexican government is unambiguously correct.

“It seems quite clear that Congress never thought about claims under foreign law when drafting PLCAA,” Dodge told The Trace. “If Congress didn’t address such claims, then they’re not barred by the act.”

Mexico’s lawsuit signals a change in the country’s approach to combating organized crime. Since taking office in 2018, President Andres Manuel Lopez Obrador championed a “Mexico first” policy, rolling out a non-confrontational strategy to fight cartel violence labeled “hugs, not bullets.”Mexican officials have attempted to address the root causes of organized criminal violence, focusing on social and economic policies. Part of that game plan includes making it harder for cartels to arm themselves by targeting the companies who manufacture their favored weapons.

The strategy of waging war on cartels through U.S. courtrooms is not without its critics, who say it is politically symbolic and not an effective answer to organized crime. “The last three years have been the most violent on record since the Mexican Revolution,” said Tony Payan, the director of the Center for the United States and Mexico at Rice University in Houston. “It’s easier for the Lopez Obrador administration to make the same mistake the United States has made on the War on Drugs; place all blame on the supply side.”

Several of the amicus briefs argue that the gun companies’ alleged negligence extends beyond Mexico’s borders.

“The kind of lax practices that are at issue in this case are the same kind of things that we see driving gun violence domestically,” said David Pucino, a senior staff attorney at Giffords, a gun violence prevention group. Alongside Giffords, the advocacy groups Violence Policy Center and Everytown for Gun Safety filed briefs in support of Mexico’s suit. (Everytown provides grants to The Trace. Here is our list of major donors and our policy on editorial independence.)

More than a dozen district attorneys took the gun groups’ arguments a step further, making the case that cartel violence carried out with U.S. guns in Mexico enables drug trafficking back across the border, leading to shooting and overdose deaths on American soil.

“Defendants want to pretend that when you fire guns into the air, the bullets do not land. That is wrong,” the district attorneys’ brief reads. “Defendants’ profiteering is paid for in U.S. blood.”