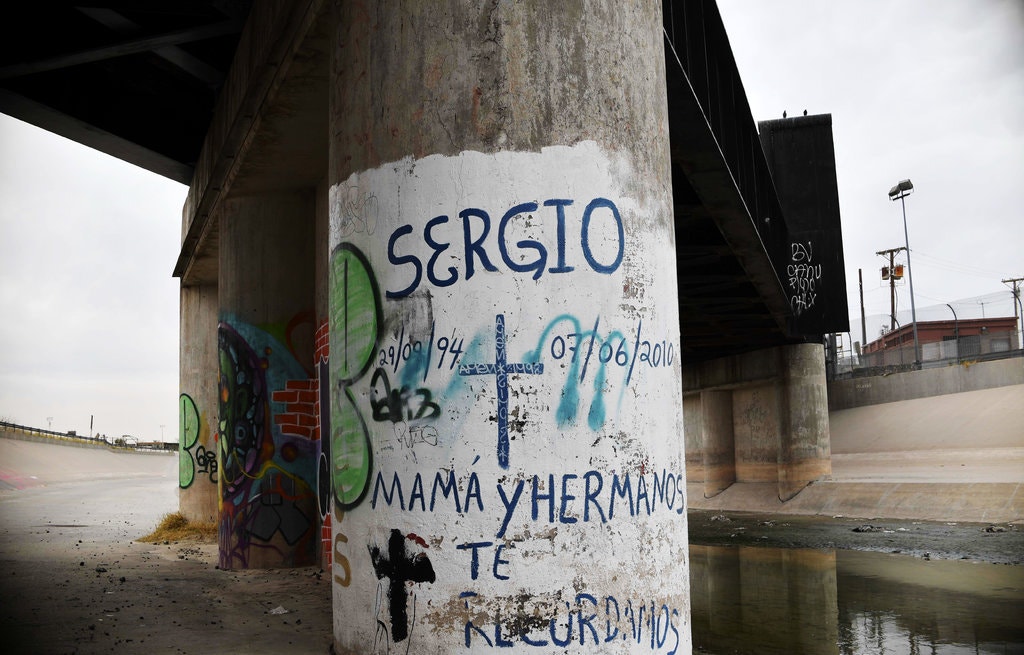 WILL THE SUPREME COURT STAND UP FOR AN UNARMED MEXICAN TEENAGER SHOT BY A BORDER AGENT?

At stake is whether people will still be able to sue federal officials for violating the Constitution.

Earlier this year, aides to President Trump, who was raging in frustration at his inability to control the country’s border with Mexico, talked him out of the notion of simply shooting migrants. That would be illegal, the aides pointed out.

I was incredulous this month when I read the article in The Times recounting this incident. Then I remembered that the Supreme Court will soon hear a case about an actual cross-border shooting of a Mexican citizen by a Border Patrol agent. The unarmed shooting victim was not a would-be migrant. He was standing on the Mexican side of the 270-foot-wide cement culvert that separates El Paso and Juarez. He had made no attempt to climb the fence on the United States side. Rather, he had been playing in the culvert with his friends, who were running up the American side, touching the fence, and running back down. He was 15 years old. The agent’s bullet hit him in the face and killed him.

The killing of Sergio Hernandez took place in 2010. Obviously, responsibility can’t be laid on the Trump administration. It was the Obama administration’s Department of Justice that decided in 2012 that “on these particular facts,” the action of the agent, Jesus Mesa Jr., didn’t warrant criminal prosecution.

But the Trump administration is in the case now. The question for the Supreme Court is no longer whether Mr. Mesa should be prosecuted but whether Sergio’s parents are entitled to sue him for damages for violating their son’s constitutional rights to due process and to be free from an unreasonable seizure. Or, in the eerily detached language of Solicitor General Noel Francisco’s briefurging the justices to affirm the lower court’s dismissal of the suit, the question is whether to permit a lawsuit for damages from “an injury suffered by an alien abroad in a cross-border shooting by a U.S. Border Patrol agent.” The answer, the current administration claims, should be no.

Although it has received little attention and is absent from most lists of the new Supreme Court term’s most important cases, Hernandez v. Mesa is significant even beyond its particular disturbing context. To understand why requires a bit of background.

A Reconstruction-era statute usually referred to as Section 1983 authorizes lawsuits for damages, in federal court, against state and local officials for violations of an individual’s constitutional or statutory rights. There is no corresponding law that applies to federal officials. In 1971, early in the chief justiceship of Warren Burger, when liberal justices still held sway at the Supreme Court, the court decided a case called Bivens v. Six Unknown Named Agents of the Federal Bureau of Narcotics. Over the vigorous dissent of the conservative chief justice, Bivens created an equivalent route for individuals to sue federal officials for violating the Constitution. The precise context was a violation of the Fourth Amendment’s protection against unreasonable search and seizure. In short order, the court extended what is known as the Bivens action to cases alleging violations of the Fifth Amendment right to due process and the Eighth Amendment’s prohibition against cruel and unusual punishment.

But almost as quickly as the Bivens action bloomed, it began to wither as an increasingly conservative court refused to extend it to additional types of constitutional claims. By the time the court decided a case called Ziglar v. Abbasi two years ago, Bivens was on life support. The Ziglar case, raising Fourth and Fifth Amendment claims against high federal officials, was brought by six of the dozens of Muslim men who had been rounded up in the immediate aftermath of the Sept. 11, 2001, attacks and held in abusive conditions at the Metropolitan Detention Center in Brooklyn.

The United States Court of Appeals for the Second Circuit allowed the men’s lawsuit to proceed as a Bivens action. The Supreme Court overturned that decision. While calling the plaintiffs’ experience “tragic,” Justice Anthony Kennedy’s majority opinion referred to the Bivens precedent as the remnant of an ancien régime, a time when the Supreme Court was willing to derive from statutes or the Constitution itself remedies that Congress had not explicitly authorized. Those days were over, Justice Kennedy declared: “Expanding the Bivens remedy is now a disfavored judicial activity” and Bivens would not be applied in any “new context.”

Lawyers for Sergio Hernandez’s parents are arguing that the parents’ lawsuit seeks not an expansion of Bivens but simply its core application to a classic case alleging that a federal officer used excessive force. “This case satisfies all of this court’s criteria for recognizing a Bivens claim,” their brief says. “Excessive force by a rogue federal law enforcement officer is not a ‘new context.’”

The administration insists that the case presents a delicate question of national security, making it something other than a standard Bivens case. A brief filed by the Mexican governmentcalls that argument “baseless.” “Agent Mesa’s shooting of Sergio Hernandez was not part of an antiterrorism operation or other national security operation,” Mexico’s brief asserts. “Rather, it arose in the context of ordinary law enforcement activities, just as if Sergio had been shot on U.S. soil.” The brief adds, “Invocation of the words ‘national security’ is not a magic talisman that can ward off judicial scrutiny of unlawful government action.”

Clearly, this case finds the Supreme Court at an inflection point. While Justice Kennedy insisted in his Ziglar opinion that the court was not abandoning Bivens but was simply not extending it, he is no longer there to apply even that minimal brake pressure. Whether Bivens will survive at all is really the question.

The extensive briefing on behalf of the Hernandez parents will give the justices something to think about. Two former officials of the United States Customs and Border Protection Agency, the Border Patrol’s parent agency, have filed a brief filled with disturbing details about a lawless culture inside the Border Patrol. “Without the possibility of civil liability, the unlikely prospect of discipline or criminal prosecution will not provide a meaningful deterrent to abuse at the border,” the two former officials, James Tomsheck and James Wong, assert in their brief. (Having read this brief, I was less sympathetic than I might otherwise have been to the “morale crisis” of Border Patrol agents depicted in an interesting article in The Times last month.)

The Institute for Justice, a libertarian organization often allied with the current administration, has filed a brief on the parents’ behalfthat may get the attention of the court’s conservatives. It makes an originalist argument for Bivens as having not only “a storied common law pedigree” dating back to England and to colonial America, but also as offering “the only route to recovery now available to individuals like Sergio Hernandez’s parents.” The court should “fully embrace the Bivens remedy as a means for holding federal officers personally liable when they violate constitutional rights,” the brief argues, prominently citing a concurring opinionthat Justice Neil Gorsuch wrote as an appeals court judge, shortly before President Trump named him to the Supreme Court, arguing that “there may be some circumstances when federal courts have to act because state courts are unable or unwilling to intervene.”

The current Supreme Court is a court with projects. (Remember the Janus case from the term before last, the culmination of Justice Samuel Alito’s yearslong, multicase effort to disable public employee unions?) There’s no doubt that dismantling Bivens is on the project list — whether brick by brick or all at once, we shall soon see.

The court will hear Hernandez v. Mesa on Nov. 12. It’s the second case of the day, scheduled immediately after the argument in a case on everyone’s list, about the validity of the Trump administration’s decision to rescind the protection of the DACA program for 700,000 young undocumented immigrants, the “dreamers” who were brought to this country as children. The courtroom will be packed for the DACA argument. It may well empty out by the time Chief Justice John Roberts invites the Hernandezes’ lawyer, Stephen Vladeck, to the lectern. But anyone lucky enough to have a seat in the courtroom for the DACA case should stay to see whether the promise of accountability offered by a Supreme Court on the verge of change a generation ago still holds for a Supreme Court in the midst of even deeper change today.